Admittedly, as fall is approaching, I’m a bit behind in getting this post out. Our good friend Stuart came to visit and we decided to do a small bourbon tasting at the Keuka Lake cottage. There is nothing quite like sitting on the front porch of the cottage, looking at the scenic vista of a Keuka Lake sunset. Add four bourbons to the mix and it all gets better!

Our four bourbons, waiting to be tasted. Which one to try first?

We started with the Black Maple Hill Kentucky Straight Bourbon. It had a sharp start with a surprising touch of vanilla and a nose of sherry. This led into hints of pepper and spice. The finish had a taste of tobacco, but was very smooth.

Next was the Willett Kentucky Straight Bourbon Whiskey. The scent was of oranges and caramelized honey. The taste was very sweet to start, with a touch of vanilla, pepper, and tobacco. The vanilla carried over to the finish with strong notes of molasses and dark honey.

We then tried the Hudson Baby Bourbon Whiskey. There was a strong scent of vanilla mixed with apricot, cherry, and almonds. Overall, this bourbon was more refined and sweeter most of the way through with the taste of sweet tea, vanilla, butterscotch, and apricot. It had a smoky oak and tobacco finish.

Last up was Maker’s Mark Kentucky Straight Bourbon Whisky. The nose is sharp and smoky. It is fairly sweet with a taste of molasses and a hint of vanilla. The details are slightly blurred on this one, but by all accounts, this is considered a good “starter” bourbon. It could easily be a staple on most bars as a great mixer.

Stuart taking in the sunset with his favorite, the baby bourbon. 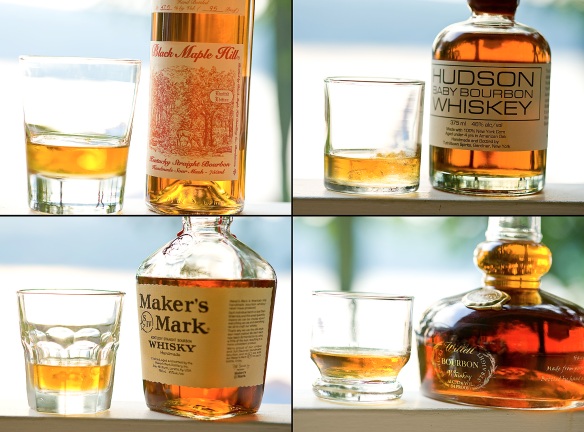 Four vastly different bottles, each with its own unique taste and character.

The Hudson Baby Bourbon is hand-numbered.

Not having tried many bourbons before all at the same time, I was impressed with the subtle differences that set each one apart. Both Stuart and I gave the Hudson Baby Bourbon a slight edge as the most complex and refined, but I wouldn’t hesitate to indulge in any of these bourbons again.

Cheers to a Keuka Lake sunset! 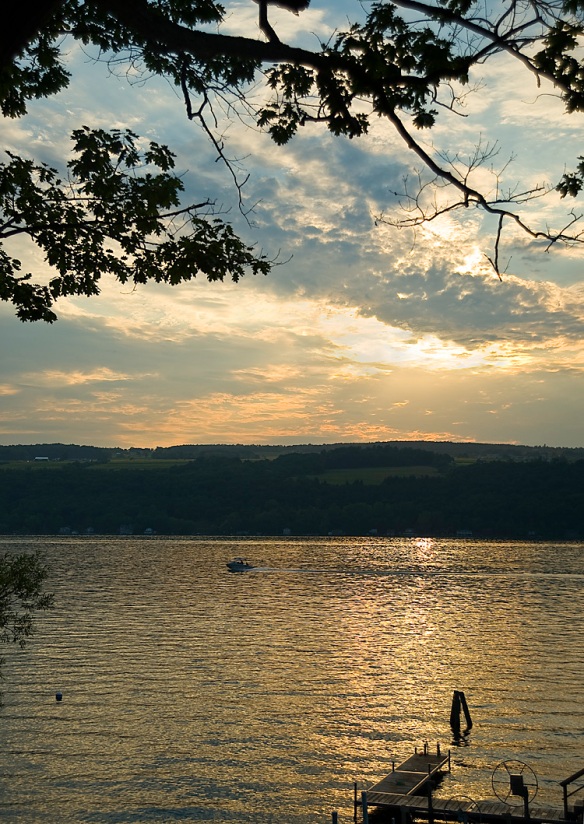 The peaceful view from the porch.

4 thoughts on “Bourbon Tasting at the Lake”