We were at it again! The next CITIZEN magazine is out. Check it out here, or look for a copy on a newsstand near you! Heather wrote a very nice article which I am going to break into 3 parts to post, as I have a few pictures from each location to add. Here is her intro to Pizza Bliss, featuring some of greater Rochester’s finest Neapolitan-style pizza:

Rich and I are, admittedly, pizza snobs. We favor Neapolitan-style pizza with a nice thin crust that’s chewy on the inside, crispy on the outside. Our favorite pizza in the world used to be found in the East Village of New York City at Una Pizza Napoletana. This amazing pizza was crafted in the traditional Neapolitan way, using a heavenly sourdough crust and delectably simple toppings that were brought into perfect harmony in a super-hot wood-fired oven. Unfortunately for us, Una Pizza moved to San Francisco. Thus began our search for an incredible pizza closer to home.

We’ve tried many restaurants in and around Rochester during our search for the perfect pizza, and decided to share our top three finds with you: Osteria Rocco, Lucca Wood-fire Bistro, and Ember Woodfire Grill. At each place, we ordered a margherita pizza (a traditional Neapolitan with tomatoes, basil, and mozzarella), as well as asking the chef to choose a pizza for us.

I can’t elaborate much (except for the extra pictures!), other than to say…this is not your average pizza. And, I would go get some…..now. But, back to the article….

Look for the sign on the wonderfully renovated train station!

First of all, I have to rave about this building.  The owners took over a year to renovate this old train station before opening in December of 2009, and boy did their efforts pay off! The super-charming interior manages to be open, airy, and traditional all at the same time. The old section of the building blends seamlessly with the new addition to create a very inviting space.

Now, to rave about the pizza! Being cooked in a 650 to 700 degree wood-fired oven, the crust came out with some nice uneven charring on the bottom and edges, in fine Neapolitan style. This crust was uniquely light and airy, which we found very pleasing, and had a fantastic blend of crispiness and chewiness.

The margherita pizza had extremely flavorful crushed tomatoes, a nice combination of chopped and whole basil leaves, sliced mozzarella, and was topped off with a bit of olive oil and salt.

For the chef’s choice, we were delighted by the steak pesto pizza. This was topped with grilled steak, roasted red peppers, artichoke hearts, fresh basil, walnut pesto, and gorgonzola. The steak was incredibly tender, and blended so well with the other toppings that the combination didn’t overpower the delicate crust in the least.

All in all, a fabulous pizza experience! 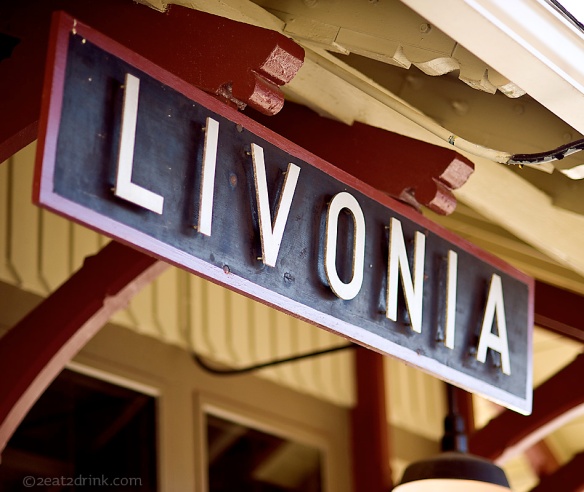 Yes, we did travel to Livonia! Near the North end of Conesus Lake. It’s really not that far away.

There were many things we wanted to try on the menu, and we will be back soon to do so. They have an awesome patio….go check it out! (Article part two and three coming soon!) 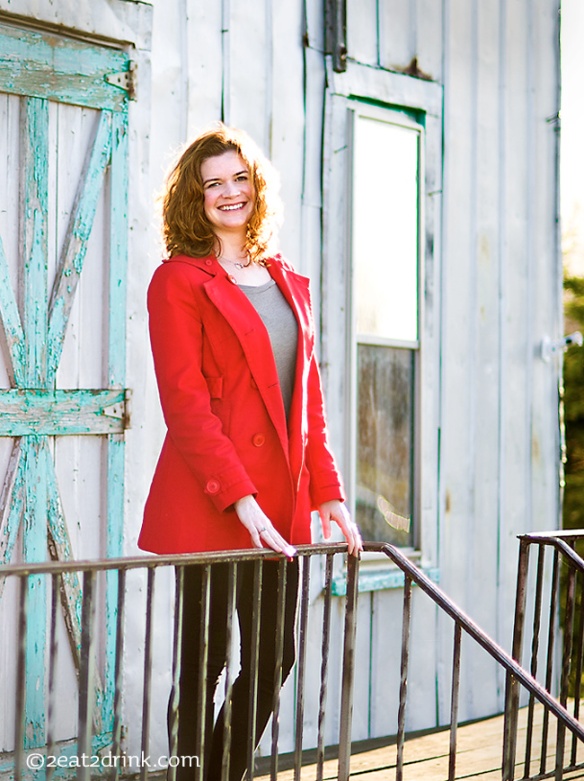 Heather on the porch of a great old building we passed heading east out of Livonia.