First off, happy St. Patrick’s Day! May the luck of the Irish be on your side today! Ya may be askin’ what Disney has to do with a nice, tall, shamrock-laden pint. Considering I had it in Epcot at the Rose and Crown pub…a lot!

Along with the beer, I had a Scotch egg. Between the pint, the egg and the pub, all 3 British Isles were covered. 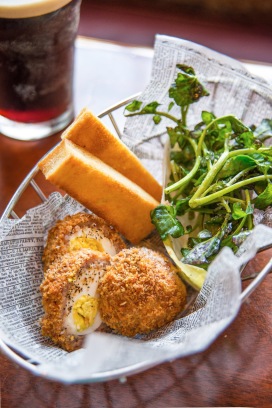 The rest of this post is coming from all the way back in 2013. Yes, I have been that busy. No excuses, it’s just that the studio has been busier than ever. A big thank you to all who have made that happen.

Southwest direct flights. The best way to get from ROC to MCO.

Welcome to the All-Star Music Resort.

Sunset in the Magic Kingdom. 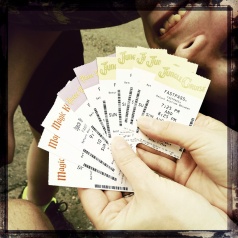 Paper FastPasses, a thing of the past. 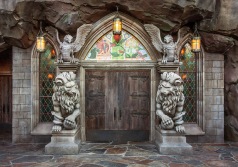 Be Our Guest entrance. 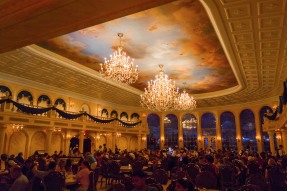 The ballroom at Be Our Guest.

A princess and her princes.

Me and my girl chillin’ on the peoplemover.

Camden’s picture avoidance technique. And an ode to Spock.

Splash Mountain. The last time I’d ever see my Studio 2B hat.

On to a couple resorts and Epcot!

Chef Donald and a bunch of goofballs. 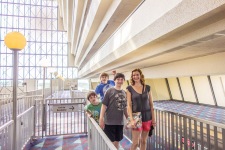 Heading for the monorail.

Proof that there were once Kodak picture spots.

Sharing a frozen cocktail with my princess. 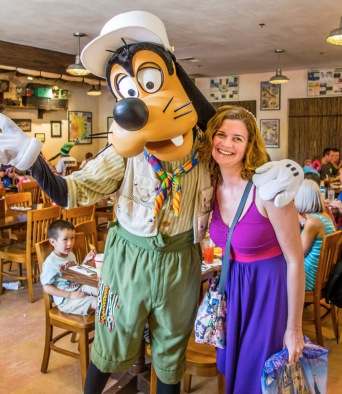 Goofy wouldn’t leave until he got a hug from Heather.

The tree of life, pre-refurb.

View from the Tower of Terror.

The Tower of Terror’s ghostly inhabitants.

Walking the streets of America.

I love this smile.

Make sure to get your pint! Sláinte!

Hi, my name is Heather and I’m a Disney addict. It’s been eight months since my last trip to the World. I was going through some serious withdrawal recently, so Rich helped me out by making us hot dogs in the style of Casey’s Corner, our favorite Magic Kingdom eatery and first-meal-at-Disney tradition.

In addition to the typical dogs and fries, Casey’s Corner offers a few specialty hot dogs. Our favorite is the Barbecue Slaw Dog, which is topped with pulled pork, cole slaw, and barbecue sauce. Casey serves it with fries and a soft drink, but we classed it up a little and had them with brown sugar/bourbon baked beans and gin & tonics. Yeah, that hit the spot. 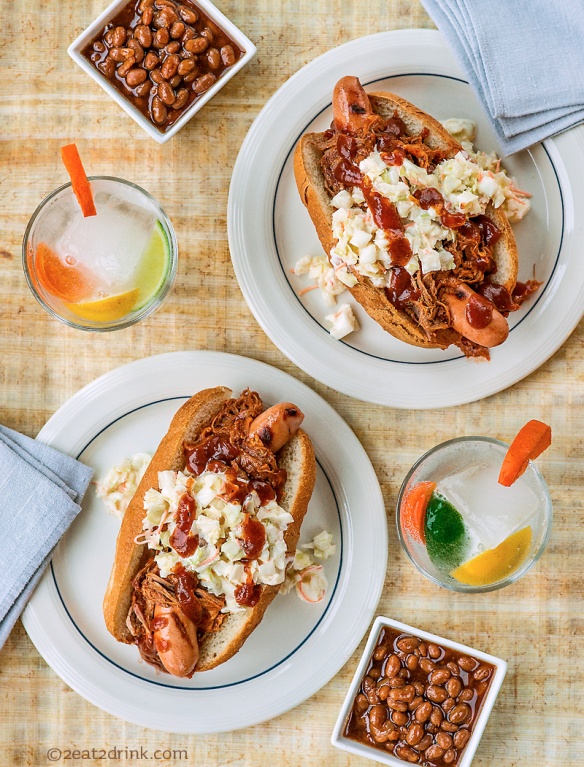 Hartmann’s wieners topped with Wegmans pulled pork and cole slaw. Served with a side of Bush’s bourbon and brown sugar grillin’ beans for the happiest meal on earth!

Here are a few pictures from our last Disney World fix. Enjoy! 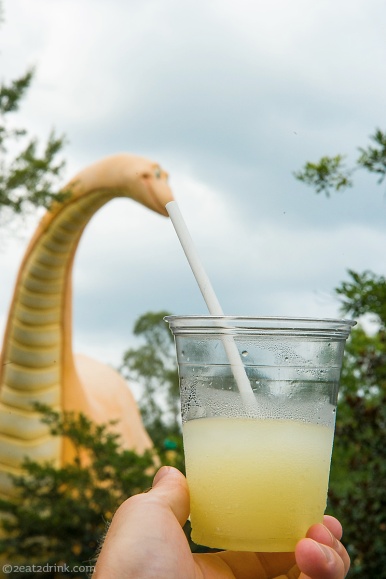 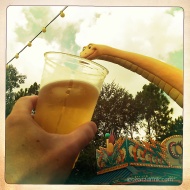 Or do dinosaurs prefer beer?

Yes, Rich can ride a speeder bike with the best of them… 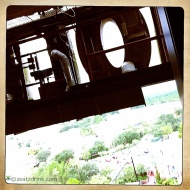 Tower of Terror with the doors open; everyone else screams, Rich takes a picture.

Epcot and the blazing sun!

The refurbished and expanded Dumbo! 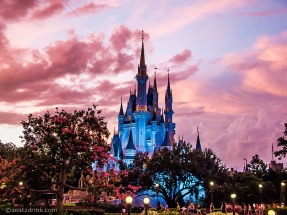 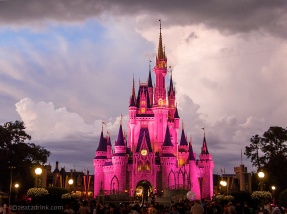 The five of us in Animal Kingdom after our Expedition to Everest. 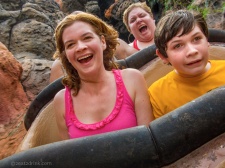 The drop on Splash Mountain!

After the drop on Splash Mountain! 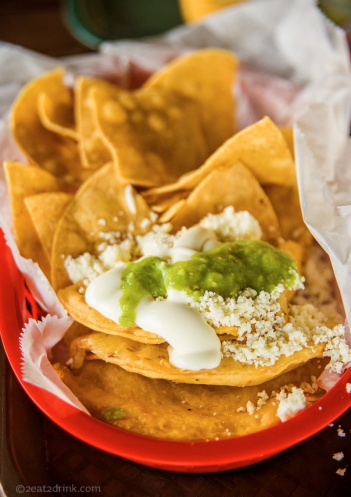 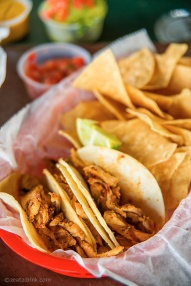 January 2nd through mid-February is Value Season at Walt Disney World. We’d never pulled the boys out of school for a vacation, but with junior high looming ahead of us soon, this past winter seemed like our last chance to take advantage of the value season. In addition to the rock-bottom room rates, we were able to find amazingly cheap airfare AND a special offer for a free Disney Dining Plan, making this vacation offer too good to refuse. So, the boys and I dragged Rich away from his computer (yes, he was retouching right up until the last second!) and headed for the airport just ahead of a snow storm. What perfect timing! 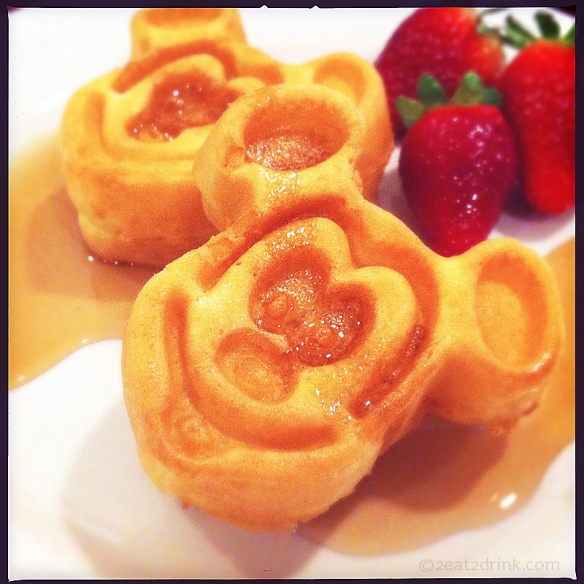 Some of the dining highlights of this trip were: hot dogs at Casey’s Corner in the Magic Kingdom (our first-night-at-Disney-World tradition!), brunch at Chef Mickey’s (who can resist Mickey-shaped waffles?), lunch at Hollywood Studios’ Sci-Fi Dine-In Theater (great food and cool ambience), and pizza & pasta at Via Napoli (located in Epcot’s Italy Pavilion).

Pasta & pizza (and dessert!) at Via Napoli, Italy Pavilion, Epcot. 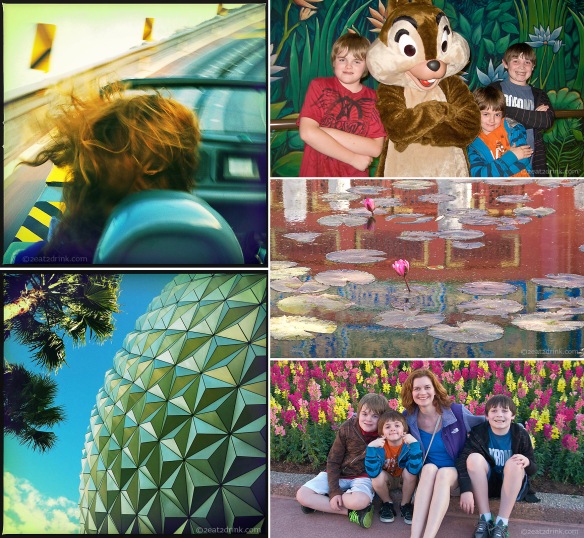 Some highlights from Epcot: Rich’s view on Test Track, hanging with Chip at the Land Pavilion, our son’s picture of Chinese lily pads, me & my crew, Spaceship Earth.

What did we learn by visiting Disney in January? We learned that the Value Season rocks! I know that winter weather in Orlando can be a little unpredictable, but ours was perfect. It was sunny with temps in the 70s during the day, the evenings cooling down just enough to make us perfectly comfortable in light jackets. Crowds were better than during our summer trips to Disney World, allowing for much more interaction with the Disney characters and shorter wait times for rides and shows. Because we snagged the free Dining Plan, we were able to eat at a few places that are normally beyond our budget, such as Chef Mickey’s and Via Napoli (and we loved them both!) We also learned that the best place to watch the Wishes fireworks show (in the Magic Kingdom) is behind Cinderella Castle, just in front of Mickey’s PhilharMagic.

Visit the Walt Disney World site to plan your vacation or to peruse their current special offers. If you’ve ever considered Disney World in the off season, but you’re just not sure – go for it! You’ll be oh so glad you did! 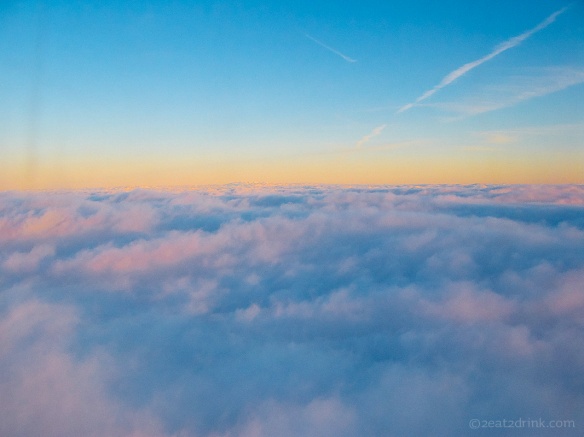 Our view on the way home. Can’t wait till next time!

Disney World! Yes, we were lucky enough to spend a week there this June. (I’m a touch behind on my post!) Though this blog is about food and drink, our trip was definitely not; it was a chance for our 3 boys to have the time of their lives after a busy school year! While there are many fine dining choices at Walt Disney World, our fare on this trip mainly consisted of “quick service” meals and ice cream snacks, squeezed in between the amazing rides, shows, and parades that had us all spellbound. There are just so many wonderful attractions, we were constantly on the go, and found time for only one table-service meal during the entire week!

Thanks to my wonderful in-laws, who accompanied us on the trip, Heather and I did get a kid-free evening to take a journey around the world in Epcot. While strolling through the World Showcase, we stopped at the Rose and Crown Pub in the United Kingdom pavilion for a quick bite and a drink. We noshed on the Scotch Egg, which is a hard-boild egg wrapped in sausage and fried to a golden brown, then served with mustard sauce and mixed greens. The house-made potato crisps were a nice addition. As for drinks, Heather went with the classic Pimm’s Cup, and I opted for the Single Malt Scotch flight, which included Glenkinchie 12 year, Oban 14 year, and Lagavulin 16 year Scotch whiskeys. The Oban was my favorite, but more research is needed and I’ll be working on a Scotch post soon!

If you’ve never been to Walt Disney World, we hope this post will inspire you to make the trip. If you have been there before (and if you’re anything like us!), it just might make you want to go back again and again! There truly is nothing quite like the magic of Disney. 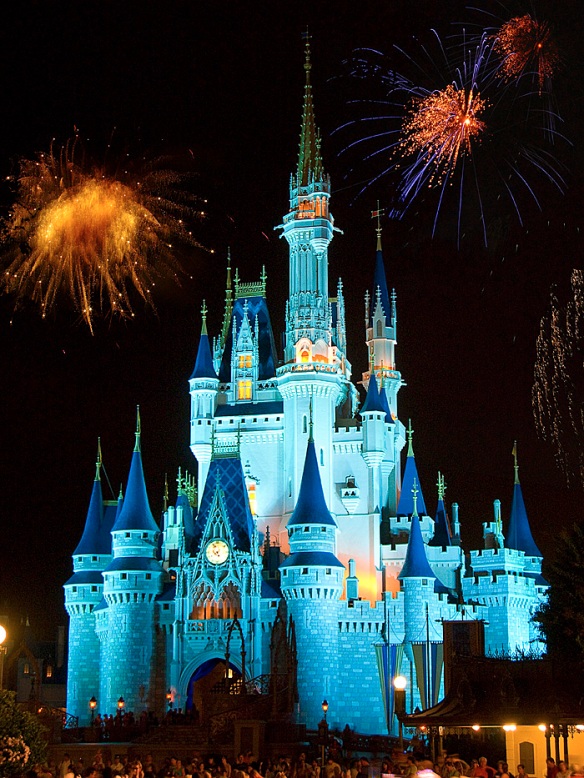 Cinderella's Castle had fireworks every night! 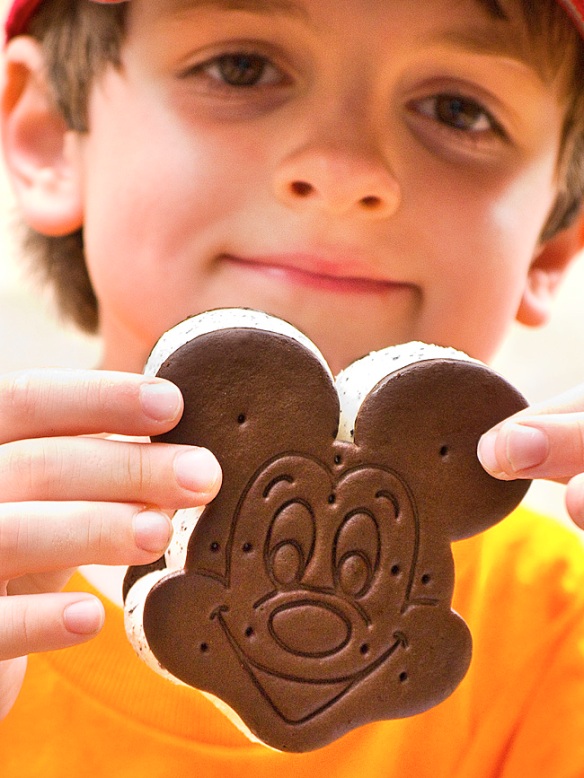 The Rose and Crown Pub. Homemade potato crisps, a very large flight of Scotch, and a Scotch egg!

The magic of all things Disney! (via the iPhone)

Our tired-yet-excited group on the first night! 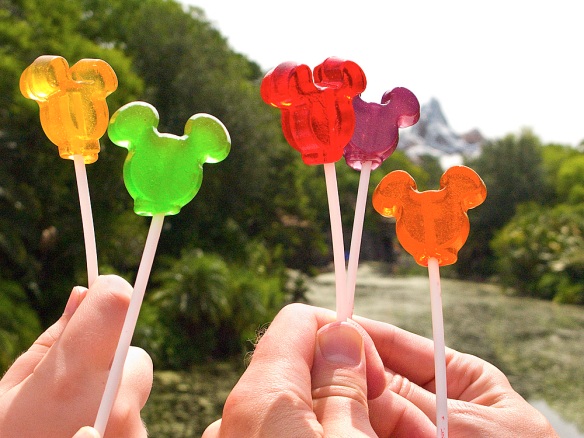 Cheers.....to our next Disney trip! (note Mt. Everest in the background)