Yes, I know there is no St. Tito. Well, at least I don’t think there is. (Is there?) So I guess I also need to officially say Happy St. Patrick’s Day! I thought I’d put an American spin on it this year, blending the totally Americanized McDonald’s Shamrock Shake with Tito’s Handmade Vodka. I don’t frequent McDonald’s very often, but if there is a highlight, the Shamrock Shake is it. If any of you managed to get to SXSW in Austin this year, I hope you  got to experience the excellence that is Tito’s vodka. Tito’s has been one of the top finalists at our vodka tasting parties (and always gotten my top vote), holding it’s own against the expensive imports. 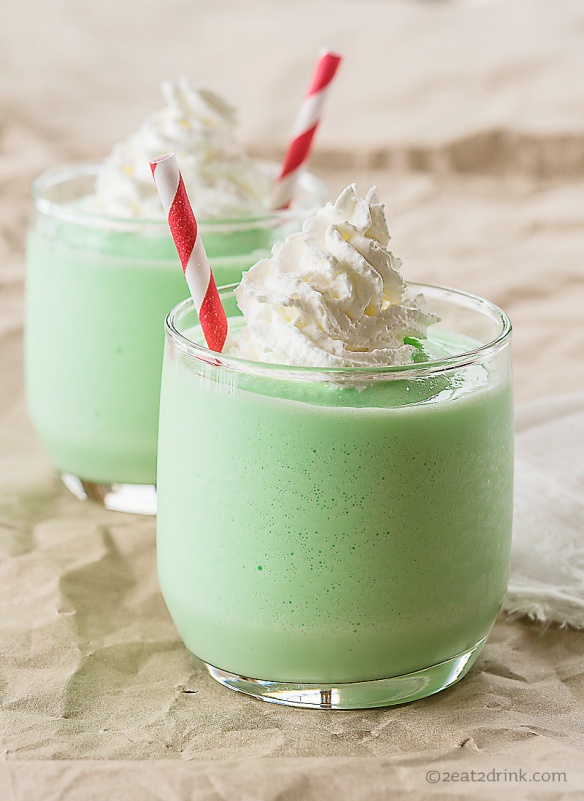 The Shamrock Shake made it home from the drive-thru a few ounces short of full (hey, I did say it was a highlight). I added 3 oz. of Tito’s to the shake, mixed it up and put it back in the freezer. After re-freezing, I ran it through a blender and poured it into two glasses, topping them with fresh whipped cream. A delightful St. Patrick’s Day afternoon treat.

Wherever you go and whatever you do,
May the luck of the Irish be there with you.