This may be an unconventianal New Year’s Eve post, but it really makes sense. Don’t we all ring in the new year by thinking about some highlights from the previous year? And pledging to do more of what makes you happy in the upcoming year? (And kissing your someone special as the ball drops in Times Square!) So….these pictures are from our 5th Anniversary honeymoon trip to Old San Juan — a definite highlight during this past year. And Heather and I call every trip we take together a honeymoon….which I hereby pledge to do more of this year! (Along with kissing her at midnight!)

This latest honeymoon was about eating and drinking in Old San Juan, Puerto Rico, with a lot of cool sights in between sips and bites! I took so many pictures over the course of 4 days that it will end up as multiple posts. Here are a few highlights to get us started! 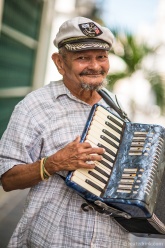 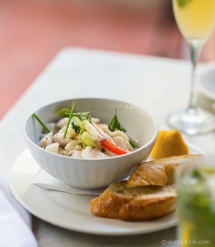 Ceviche on the mezzanine at El Convento.

The view from El Morro.

Tranquil morning on the wall of El Morro. 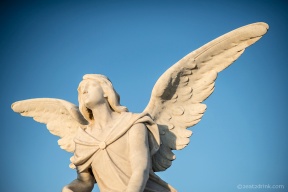 So here’s to a happy, healthy, prosperous new year to you all. Cheers!

Merry Christmas! I hope Santa was good to you. If ever there was a day to do a less than healthy breakfast..this is it! Cookies and a fresh squeezed tangerine mimosa! At least there is a little vitamin C in there for you. I definitely recommend the tangerine juice version versus orange juice. No tangerines? I know all the stores are closed, so the morning light of tomorrow seems like another reason to be merry! Go hug your family and enjoy the peaceful moments of this special day.

The pomegranate: that beautiful red fruit that you walk by in the store and think, “I have to buy one.” And then you get it home and think, “what am I supposed to do with this!?” I’ve never had much luck getting a lot of juice out of one, so I’ll heavily suggest you purchase a bottle of POM Wonderful to go along with it. Cutting the pomegranate apart and grabbing some of the seeds to garnish your merry little pomegranate martini is a lot easier, albeit messy!

In a cocktail shaker over ice add:

Shake until chilled and pour into a martini glass. Toss a handful of pomegranate seeds in the glass and garnish with a meyer lemon twist.

Make enough for all and toast to your family and friends. And we’ll toast to you all having a safe and happy holiday season. Cheers!

When we heard that Denny’s was featuring a Hobbit-inspired menu in honor of the upcoming Peter Jackson movie The Hobbit: An Unexpected Journey, we were so in.

I had the Hobbit Hole Breakfast. The menu describes this as “two eggs fried right into the center of grilled cheddar bun halves. Served with two strips of bacon and crispy hash browns topped with melted shredded cheddar cheese and bacon.” I describe this as pure deliciousness. To really take it to the hobbity extreme, substitute a Shire sausage for the bacon. You’ll be glad you did. 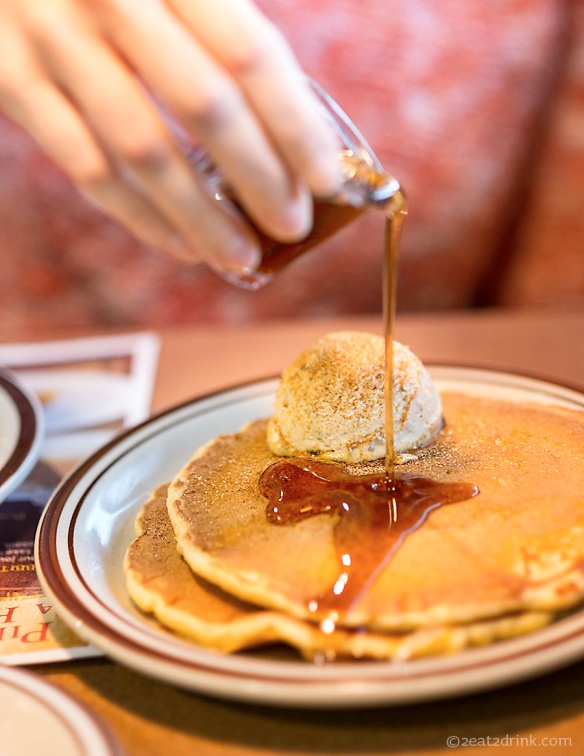 Rich had the Build Your Own Hobbit Slam. He chose the pumpkin patch pancakes, seed cake French toast, Shire sausage, and eggs. He tried to order egg whites, but I told him a real Hobbit would go for sunny side up. Everything was super yummy, especially (in my opinion) the poppy seed French toast.

Denny’s Hobbit menu is only available for a limited time, so hurry in for breakfast. And second breakfast. And elevenses. And luncheon. And don’t forget tea, dinner, and supper.

As Bilbo would say, “I would give a good deal for the feel of a strong drink in my throat, and for a soft bed after a good supper!” 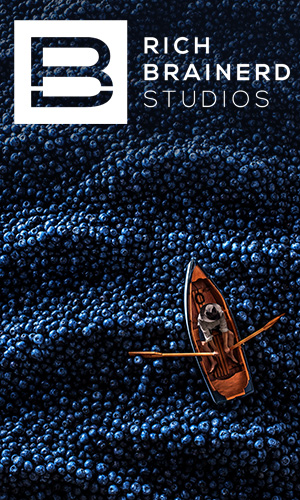