Ok….so it’s not Wheaties. It’s far better! But given the opening ceremonies this evening,  I thought I should do a post somehow relate to the Olympics. So….it was our breakfast and we felt like champions afterward. Just like Bruce Jenner did after eating his bowl of Wheaties and winning his Olympic medals. It works for me. Thus the brie, asparagus, crab cake, egg white, ciabatta baguette breakfast sandwich!

Toast a chunk of ciabatta baguette and layer it with 2 slices of brie. Let them melt slightly while you are pan searing your crab crakes (made with Wegmans crab meat stuffing!), and making your thin egg white omelette. (I mix in half a yoke for color.) Layer on top of the brie when done, top with a few steamed asparagus tips and sprinkle with fresh thyme.  Three layers of protein and 6 layers of flavorful goodness to help you win the next decathalon! Or at least to sit and watch the Olympic athletes try…..Enjoy! 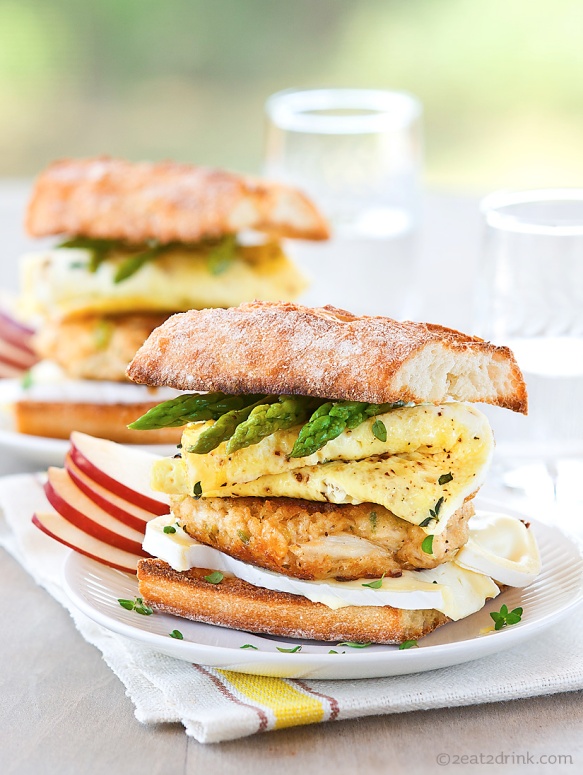 The brie, asparagus, crab cake, egg white, ciabatta baguette breakfast sandwich!
The name and the sandwich are quite a mouthful!

Today’s highlight so far, killer bourbon from @distijlky picked by @rocnyelitebarrelpickers and molasses cookies made by my beautiful bride. Sweet and spicy all around. Cheers all!
Lovely sunset tonight. Hope you got to enjoy it!
Had fun photographing the @imsa_racing Weathertech championship last weekend at @wgi1948 and watching the @turnermotorsport #96 win GTD! Congrats to @billauberlen @foleyracingrfr @aidanread and the whole team. Good luck today!
Fun weekend of racing in this #Miata for the @champcarenduranceseries with @warriorracing762