You may not know it, but that’s Rich’s nickname around here. And you also may not know that yesterday was his birthday! It was a wonderful, wacky day, despite the constant rain clouds and occasional complaints from the boys about it being the last day of summer vacation. Regardless, we made the most of it! Between showers, we even found time to fire up the grill. For his birthday dinner, Rich wanted tuna steaks, which we had with basmati rice, diced jalapeños and shitake mushrooms. As for a salad, we went totally unconventional and had watermelon topped with spring greens, queso fresco, cucumber julienne, chopped green onion, grilled tomatillo (as a sauce), sea salt & crushed pepper, and red chili olive oil. Oh, and the boys had macaroni and cheese (though two of them consented to try the tuna, and actually liked it!) We paired our tuna with a 2009 Burgans Albariño. We kind of love Spanish wine, and this was a very good one. It’s quite fruity (in a peachy/apricot way) without being overly sweet. It has a nice, crisp finish, and went beautifully with the meal. For dessert, a chocolate dome. I once made the mistake of referring to this particular dessert as a “chocolate boob” in front of the boys, and thus it shall always be known in our household. In between photo shoots, Rich found time to play Black Ops with the boys, and later, to cuddle on the couch with me. Yeah, it was a good day! 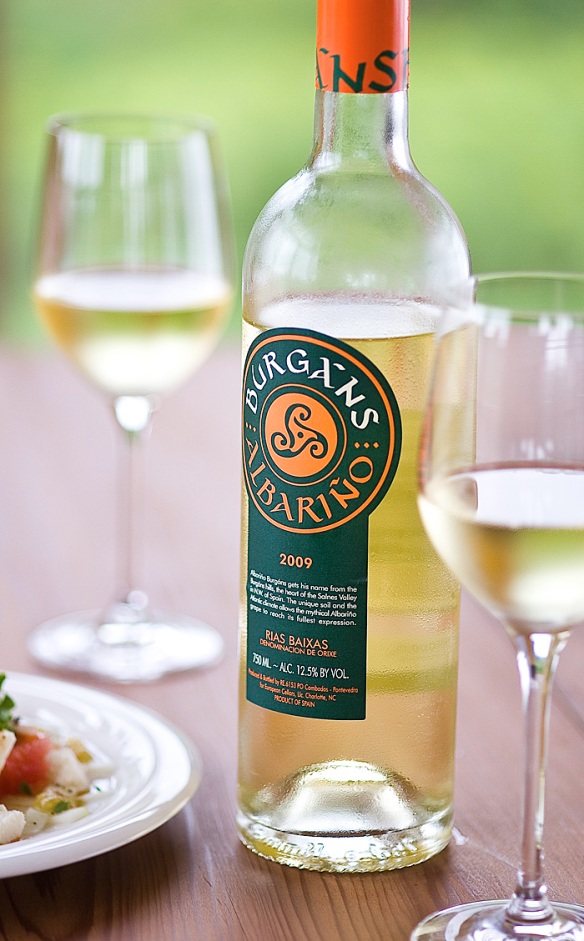 Seared tuna steak...ready for its close up. 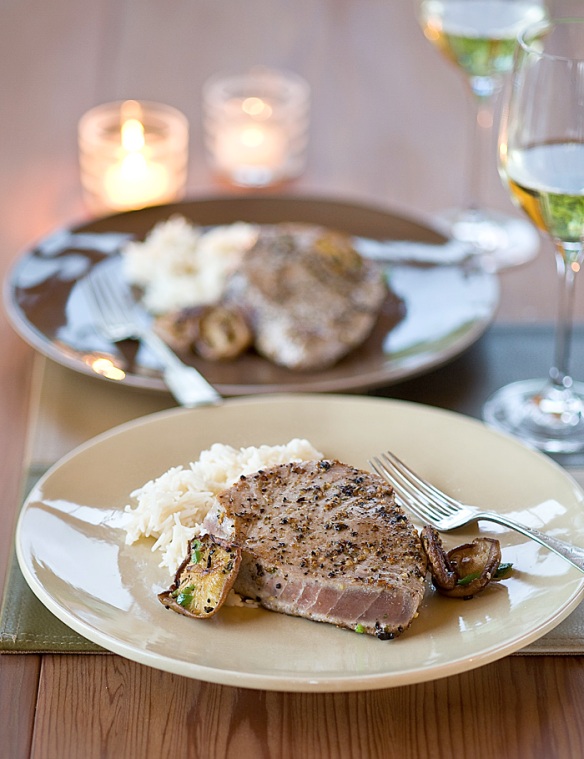